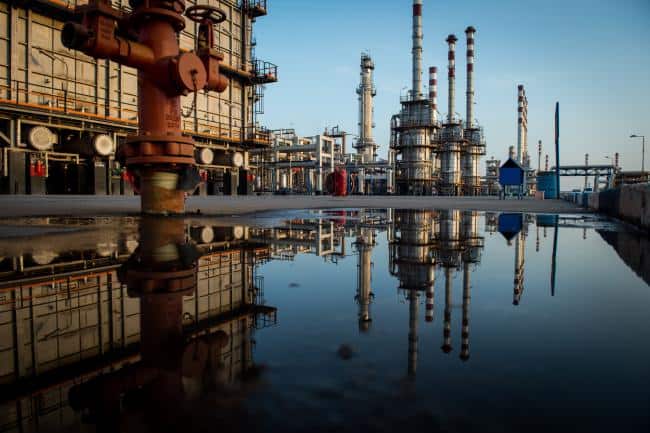 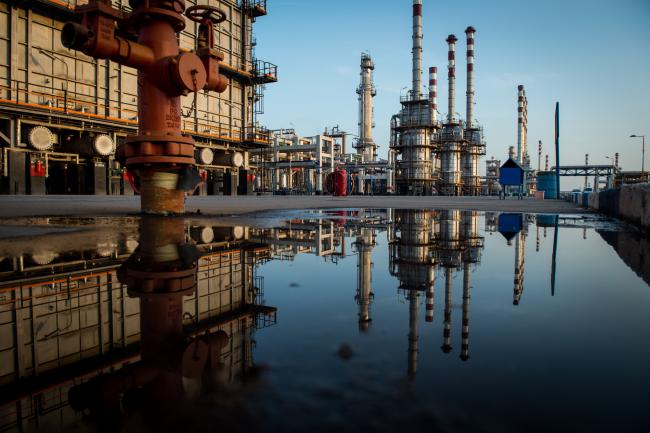 (Bloomberg) — Oil headed for its biggest weekly gain since early April as flaring tension in the Middle East took precedence over an escalating trade war between the world’s two biggest economies.

Futures in New York gained as much as 0.8% Friday and are up 2.7% so far this week. Saudi Arabia on Thursday accused Iran of ordering a drone attack on its fuel pumping stations this week. President Trump is wary of drawing the U.S. into a war with Iran, although there’s division in his administration over how to approach the Islamic Republic, according to people familiar with the matter.

The recent attacks on oil tankers and pumping stations have highlighted how disruptive a major war in the Middle East would be to crude flows. Supply cuts by the Organization of Petroleum Exporting Countries and its allies — which had been the big price driver earlier in the year — have taken a back seat to the crisis, although a meeting of the group this weekend will be closely watched for clues on whether they will be extended. On the demand side, an escalating U.S.-China trade war is jeopardizing global growth prospects.

“Oil prices are reacting positively to the possibility of additional supply from political tensions in the Gulf,” said Ahn Yea Ha, an analyst at Kiwoom Securities Co. in Seoul. “Supply fears are likely to counter demand concerns coming from the trade war” until there’s a clearer sign from the OPEC+ coalition on the output curbs, she said.

West Texas Intermediate crude for June delivery rose 45 cents, or 0.7%, to $63.32 a barrel on the New York Mercantile Exchange at 10:34 a.m. in Singapore. The contract settled 1.4% higher on Thursday and has advanced 2.7% since May 10, on track for the biggest gain since the week ending April 5.