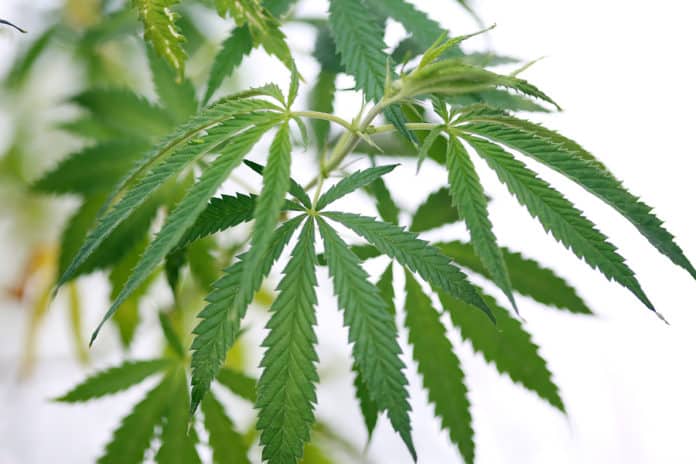 The hemp industry is among the markets that have witnessed rapid growth in recent times. This is because the hemp has applications in 25,000 products across different sectors. It has uses in personal care, automobile, construction textile, beverage, food, paper, and furniture. Hemp is an annual plant and almost every part of the plant has applications from the stalk, seeds to the flower. Hemp cultivation has been around for hundreds of years but in recent years the industry has witnessed rapid growth and expansion.

Hemp production is legal in over 30 countries globally with Canada, China, and France among the leading producers. Although the US does not grow much hemp it is nonetheless the largest market for hemp and a leading importer. In most countries, the cultivation of hemp is illegal because of its similarities with marijuana and even in some states in the US, it’s illegal. However with growing awareness and demand for hemp because of the numerous applications in different sectors, most countries are passing legislation permitting the cultivation of hemp.

Currently hemp market is a $3.7 billion industry but it is growing fast and will continue growing at a rate of 13.7% form this year to hit $13.03 billion in 2026. Hemp is growing to be an important segment in the economy. In the US, revenue generated from the sale of hemp derivatives contributed significantly to the global market. The global hemp market will gain substantial growth as demand for hemp products continues to increase.

Hemp will see an upsurge in demand driven by the increase in consumption of bakery items such as bread and cookies. Also growing awareness about the benefits of hemp will equally push global demand. The market continues to enjoy an upside from a regulatory perspective as more countries continue to pass legislation allowing hemp cultivation. The global market will continue growing as the demand for hemp oil continues to increases owing to the several health benefits they offer.

The hemp market incorporates different segments and not just the growers and producers. It is a business of science and technology which is why the market is arguably one of the fastest-growing global markets today. The growth of CBD hemp oil and the application in medicine and personal care products have also been boosted the growth of the hemp market industry.

However, the growth of the hemp market is not without its share of challenges. Supply and demand challenges, as well as other logistical challenges, are affecting growth in the industry. There is also a proliferation of fake products in the market that is impending growth of the hemp market. The products are replacing quality hemp products from shelves. However, growing demand from industries such as food & beverages, personal care products, and pharmaceuticals will continue supporting the market going forward.

North America is the leading region in the global hemp market and could surpass the Asia Pacific and Europe. Asia Pacific and Europe are among the prominent hemp territories because they are home to several industry players. Equally, they have favorable regulations suitable for the growth of the hemp markets alongside high demand from different sectors. North America has been aggressive in recent years because of rising awareness and increasing demand for hemp-derived products. As a result, the government has enacted legislation favoring growth in the industry. The US for instance recently passed the 2018 Farm Bill which gave growers a boost as the industry continues to expand. Other regions such as Africa and Latin America hold relatively a small share of the hemp markets but will also grow at a good rate up to 2026.

Outlook and current scenario of Hemp market in Canada

In North America Canada had a 20-year head start in the industry relative to its southern neighbor in hemp cultivation and processing. However last year Canada saw its hemp acreage shrink as it lagged behind then the US in creating a market for hemp-based products. Canada which began commercial production of hemp almost two decades ago has positioned itself in the industry as a global leader in hemp food production and agricultural hempseed for growing.

Although Canada produces huge amounts of hemp most of it goes to the US for processing. Last year the country produced over 5,400 metric tons of hempseed but 70% went to its southern neighbor while the rest went to South Korea and EU countries. The country has been expanding the hemp industry and last October they7 introduced legislation the expanded the use of the plant beyond fiber and seed. This has unlocked opportunities in the hemp CBD market in Canada.

Despite the change in regulation, the hemp industry is still under strict controls from the federal government. Access to high-value cultivars in Canada is still limited. According to a USDA report, the new hemp regulations in Canada aim at unlocking the hemp market in Canada. They are to open more market opportunities and revenue sources by allowing harvest to leaves, ranches, and flowers of the hemp plant. Canada is yet to register the use of high-CBD varieties in the country.

Despite cultivation acreage shrinking last year, Canada is still leading the hemp market in North America. Their established hemp market is something that the US is closely monitoring to see what regulators are doing. According to Michael Bronstein of the American Trade Association for Cannabis and Hemp, Canada has an established hemp market in terms of facilities, hemp seed production, and certifications. These are things the US is looking to enhance in their market.

Over the last two decades, the hemp market has grown exponentially as producers worked through regulatory and agronomic issues as well as few processors to develop hemp products. According to Health Canada, last year the country cultivated around 77,800 acres of hemp which is down from the 123,000 acres cultivated in 2017. The country’s production has regressed compared to the production of the US who currently have over 250,000 licensed acres for hemp cultivation. Canada has permitted federal crop insurance for hemp which has enabled the market to continue expanding.

The outlook of the hemp market in the US

The growth of the US hemp market has not been as fast as witnessed in Canada. in the US arduous regulations have been an impediment and that kept the hemp market from growing fast to make an impact in the global space. Over the past ten years, there have been several pilot programs that have encouraged the hemp market to grow in the US. Last year the country passed the 2018 Farm Bill and this will most likely bring drastic changes in the industry as growers will now be cultivating hemp.

With the new freedoms, the US hemp industry is now competing with other countries such as Canada and China that have established hemp growing industries. The US has increased its Hemp acreage by almost 165% although domestic cultivation is still playing catch up to global leaders. Although the US is lagging behind in terms of Hemp cultivation it is nonetheless the second-largest market in the world for hemp in terms of sales. Last year over $1 billion was spent on hemp which is close to China that bought around $1.2 billion in hemp products.

The hemp CBD market in the US is growing fast and it could reach $23.7 billion in the next four years from the current $5 billion. Several growers are already ramping up production following the legalization of hemp cultivation at the federal level. The promise of profits and the expansion of the hemp programs in states is driving growth in the market. This year growers cultivated close to 288,000 acres of hemp which is a significant increase from 78,000 acres cultivated last year.

This year the US is among the leaders in the cultivation of hemp alongside China and Colombia. The profit potential of hemp CBD is driving growth in the US hemp markets. Around 87% of the cultivated acres will be used in the processing of hemp-derived CBD. US farmers could generate a lot of revenue from hemp because per acre it potentially can generate revenue of around $45,203 compared to corn which brings $773.

The global hemp market will continue to grow as demand for hemp products continues to increase. Different countries are passing legislation to allow cultivation of hemp like the 2018 Farm Bill has been instrumental in enhancing growth in the US. Although the industry is expanding fast it still has to deal with fake hemp products as well as regulatory challenges in different countries. There is a lot of opportunities in the industry that hemp growers can take advantage of and going forward the industry will continue expanding.