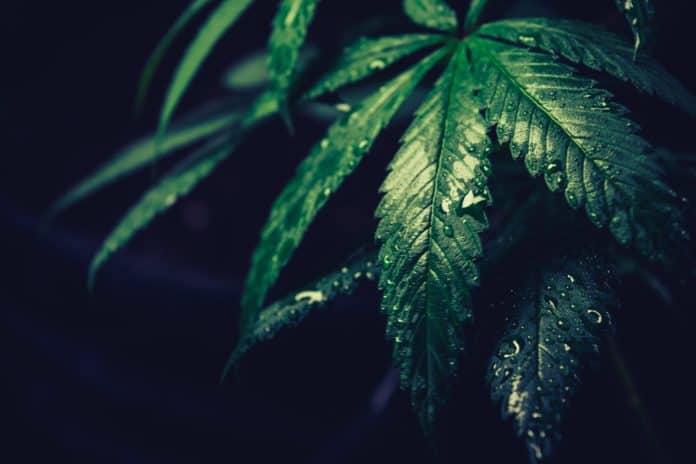 Once strictly controlled, cannabis is making significant steps towards legal trade. Late 2018, Canada opened the way as the first G7 country to legalize marijuana for both recreational and medicinal uses.

Some of the reasons which persuaded Canada to legalize the substance was to displace the cannabis black market which was flourishing, and to discourage the youth from partaking in smoking cannabis. However, it could also have been the commercial potential of pot which pushed Canada to legalization.

Soon after allowing use of recreational marijuana, Canada became the world’s largest legal weed market in an instant. The enthusiasm which swept the all across the country was indicative of a huge potential for the market to gather momentum.

According to a Deloitte report, the legal weed market might have started with a certain kind of uncertainty because of the issues at hand. To be sure, authorities in Canada were looking for the right balance among safety, revenue priorities, and health.

On the revenue front, cannabis has not disappointed. Some of the US states which have legalized both recreational and medicinal cannabis are reporting huge numbers in revenue. In 2014, Colorado set on a journey to allow people to use recreational cannabis. Unprecedented as it was, the experiment is turning out to be a success. In mid-June, authorities in the state revealed that cannabis sales had crossed the $1 billion USD mark.

Over the last five years, cannabis companies in Colorado have earned over $6.5 million in sales. Nonetheless, Colorado uses revenues from the cannabis industry to finance health care, education, and other noble courses. Since Colorado, over 10 more states have taken the path towards a fully legal marijuana market in the US. Just over 30 states allow use of the substance but for medicinal purposes alone.

For Canada, marijuana stocks have recorded insane numbers in terms of growth and revenues in the recent past. These companies represent a crop of upcoming business which could attain unicorn status in less than a decade. By yearend 2019, the Canadian cannabis market should grow to $7.17 billion (consisting of recreational, medical, and illegal cannabis sectors).

The cannabis industry has a strong value proposition. Particularly, there are numerous business opportunities which companies have picked up. To better understand where the cannabis businesses are coming from, it is important to first look at the industries taking advantage of the legal cannabis market. Some of the industries include:

CB Insights counts medicine as one of the 23 industries which are exploiting legal cannabis market.  In the US, over 30 states allow use of cannabis as medicine. This is because cannabis, cannabinoids to be precise, are increasingly proving useful in new medical applications.

Researchers have discovered that cannabinoids like cannabidiol (CBD) and tetrahydrocannabinol (THC) could positively impact the treatment of neuropsychiatric disorders, anxiety, cancer, and epilepsy among others. Increased adoption of cannabinoid-based treatment is displacing opioids which are notorious for adverse side effects. According to CB Insights, there above 100 cannabinoids in marijuana and more could be discovered as research deepens.

The wellness and beauty industry looks like another huge beneficiary of the cannabis revolution. Particularly, cannabis oil is the mastermind of the increasing attention directed at the wellness industry. This is constituted by THC and CBD extracts which can easily be integrated into any beauty or wellness products.

The potential for the wellness industry to expand, given the entrance of cannabis, is huge. Companies like Yield Growth Corp. (OTCMKTS: BOSQF) already have products focused on this niche. As of Q3 FY2018, the company had raked in$2.5 million, and that is even before legalization of weed in Canada. During Q1 FY2019, the company reported revenues of $ $800,714 specifically from selling of its wholly-owned products.

Yield Growth is among new companies which are taking advantage of the revenue opportunities where cannabis intersects with wellness. The company is building its portfolio of topical products given that they can easily be infused with cannabinoids.

According to a Brightfield Group report, infused topical products market is huge and it is set to benefit from huge innovation projects being undertaken. In 2015, the wellness industry, riding on the wave of innovations in topical products, earned companies some $3.7 trillion.

A great amount of cannabis used in medicines globally is derived from hemp. Hemp is also a rich source of cannabis oils. The demand for hemp across the US is driving higher investments in cultivation. In a sense, the increased cultivation is a booster for the agriculture sector.

Statistics show that land under hemp increased to 78,176 acres in 2018 in the US, up from 25,713 acres in 2017. With the passing of the 2018 Farm Bill, more companies are making an entrance into the industry. Hemp Inc. (OTCMKTS: HEMP) is a major player in the global hemp farming industry. The company operates a hemp growing facility which is 500 acres in size inside Golden Valley, Arizona.

In 2018 alone, retail sales in the global hemp market hit $3.7 billion. During the year, the annual growth rate of the hemp market was 15%. The drivers of this growth was European industrials, Chinese textiles, and Canadian foods. However, the most significant driver, which remains critical going forward, was the hemp-derived hemp market in the US.

Cannabis is a huge industry. As opportunities continue to open up, competition too increases. Companies are looking for ways through which they reach deeper into the market to take a bigger share of the market. Thanks to solutions by Adloop Media, cannabis companies firms can nowtarget their ads to users.

Which companies are driving the growth of the cannabis industry?

Canada is the pioneer of legal weed market in the developed world. Therefore, it comes as no surprise that key players in the global cannabis industry are based in the country. The top five cannabis companies by revenue are all Canadian. These are the entities which are pushing the industry towards its potential by developing a wide range of products tailored for different types of demand.

This is the largest cannabis company in terms of market share and revenue. As at July, 2019, the company had a market capitalization of $13.07 billion. In the most recent quarter, Canopy Growth reported$94.1 million CAD in net revenue. During the same quarter FY2018, the company reported $22.8 million. As such, the revenue has grown 313% year-on-year.

At peak capacity, Canopy Growth turns up 500,000 kilos of cannabis. Further, the company has continued to expand by tapping into the growing US cannabis industry by acquiring Acreage Holdings.

Aurora Cannabis makes a distant second in terms of market capitalization. Particularly, the company has been able to grow its portfolio to a total of $6.82 million through acquisitions. So far, the company has acquired 15 companies in three years. Interestingly, the company projects peak production of 570,000 kilos of cannabis per year, which makes it the largest producer in the world. Similar to Canopy Growth, Aurora has a robust geographic presence.

This is the only European company in the top five best firms in the global cannabis industry. Headquartered in the United Kingdom, the company has a market cap of $4.96 billion. The company develops and commercializes cannabis-derived drugs for the medical cannabis sector.

Epidiolex is a proprietary drug which targets patients with Dravet syndrome as well as Lennox-Gastaut syndrome. As more applications for cannabidiol in the medicine sector increase, GW Pharmaceuticals will get the opportunity to grow its operations and to generate more revenue.

The cannabis industry is quite dynamic and it seems unstoppable as it stomps to record numbers in terms of revenues and market size. Early adopters are already reaping the benefits as the demand for cannabis-based products skyrockets. In addition, the industry is becoming highly diversified as more industries find business opportunities for cannabis. As more industries pour money into the market, the cannabis market will grow and more revenue opportunities will become available. In the meantime, the marijuana sector remains one of the hottest and one where there is potential for investors to earn huge returns on their investments.